The imagery, or "Foreshadow", (From Natural to Spiritual), continues likening the neck to the tower of David with rows of stones. There are two "Types" that rise before us here, the "tower of David" and the "rows of stones". The mention of David in a passage that speaks of love and praise should immediately bring to our minds what God said about David, "I have found David, the son of Jesse, a man after My heart, who will do all my will" (A type of Christ).. 1 Sam. 13:14; Acts 13:22.
Here are a few biblical associations with the word "tower":
1. The first tower mentioned in the Bible was the tower of Babel which the sons of Noah built in rebellion against God's command to go forth and fill the earth. Desiring to stay in one location the children of Noah began to build a tower of refuge that would reach up to heaven. God did not approve of their actions, confused their languages and scattered them. Gen. 11:1-9.
2. King Asa built towers to fortify Judah and King Uzziah built towers at the various gates in the wall to fortify Israel against enemy attack. It was the custom of the watchmen to stand in these towers to listen and watch for enemy approach and to basically guard the City. These towers were built when both men were walking in fear and obedience to the Lord, and He prospered their undertakings. 1Kings 15:23; 2Chron. 26:9,10,15; 2Kings 9:17.
3. David speaks of the Lord as being a "refuge" and a "tower of strength against the enemy" Psa. 61:3. "He is a tower of deliverance to His King" 2Sam. 22:51, Solomon proclaims, "The name of the Lord is a strong tower; the righteous runs into it and is safe". Prov. 18:10.
4. When Israel was about to go into Babylonian captivity, Jeremiah and Ezekiel prophesied the destruction of Israel, specifically the towers of the cities. Jere. 31:38; Ezk. 26:4. this besides signifying the "literal" destruction of the fortifications of God's people also signified that God would no longer be the strength, refuge and protection of a rebellious people.
5. When Nehemiah and the Jews returned from Babylonian exile, the first thing they did under the direction of God's Spirit toward the restoration of Jerusalem was to rebuild the walls and the towers. The towers were literally rebuilt, but along with them returned the protection and watch care of the Lord to His exiled people. Neh. 3:1,25-27. 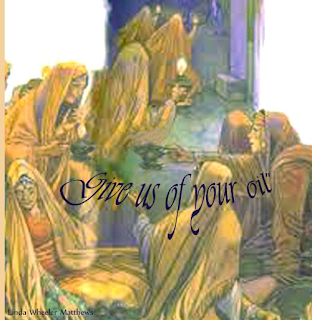 Posted by The Shulamite Bride at 2:56 PM