The bidding of the Scepter


Esther 5:1  Now it happened on the third day that Esther put on her royal robes and stood in the inner court of the king's palace, across from the king's house, while the king sat on his royal throne in the royal house, facing the entrance of the house.*
Esther 5:2  So it was, when the king saw Queen Esther standing in the court, that she found favor in his sight, and the king held out to Esther the golden scepter that was in his hand. Then Esther went near and touched the top of the scepter.

Not anyone can approach the King on His throne!  But those who are His, those who walk according to His standards as has found favor in His sight, can approach Him anytime day or night without fear of perishing! 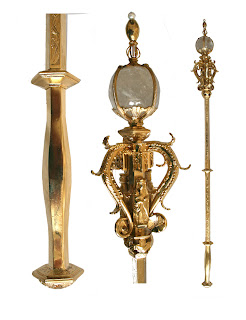 Posted by The Shulamite Bride at 3:14 PM